The majority of digital marketing-savvy companies utilize Facebook, banner and video ads to market their goods and/or services. In an effort to optimize CPC and CPV people try different things. What they don’t know is that sometimes changing things to get a better CPC may look sexy, but can be detrimental to the campaign’s actual success. Here are six marketing myths recently talked about with Facebook:

For marketers who are new to Facebook, creating an ad can be daunting. One must figure out the “wheres,” “hows” and the “whats” of it all, as well as how much money should be spent, and where it should be spent, in order to make the ad as effective as possible. There are all kinds of marketing execs out there who are more than willing to dole out all the advice you want, but then, is the advice they give, good advice?

Researchers recently examined six of the most circulated myths about advertising on Facebook. Nearly 50 ads were set up in the name of experimentation, and the myths were tested with the intent to either lend them credibility, or to “bust” them. The ads were focused on image choice. Everything else, such as call to action, titles, text, demographic, and budget remained the same to assure that none of the other factors affected the outcome.

The ads were optimized for CPC (cost per click) during the entire process. This is what was used to determine the success. Thanks to the magic of the programmatic advertising platform, the ads only showed up on the screens of consumers who were most likely to click on them.

But are these determinations accurate? Most companies tend to judge their performance based only on CPC and CPM. However, in order to gain a true understanding of ad effectiveness, the data that really matters must be examined as well, which includes performance based on conversion rates.

Here are the marketing myths, and the initial conclusions of whether they are just myths, or valid points:

Ads Must Be Relevant: Facebook ad guidelines instruct marketers to use images that are specifically relevant to the product or service. For example, Genius Monkey would show images that centered around advertising technology, while Nike may use sports-related images.

At first glance this warrants speculation that unique, beautiful images overshadow their irrelevance. In addition, the ability to stand out against the ads of competitors was a great help. The eyes of the beholders were caught quicker with bright colors and high contrasts, rather than ads that pertained specifically to a business.

Some would say this myth was busted and that relevancy of images is not as crucial as once thought. However, here at Genius Monkey we know that we cannot purely gauge the performance on costs, and that this myth is not actually busted until conversion, attribution and post click metrics are analyzed! 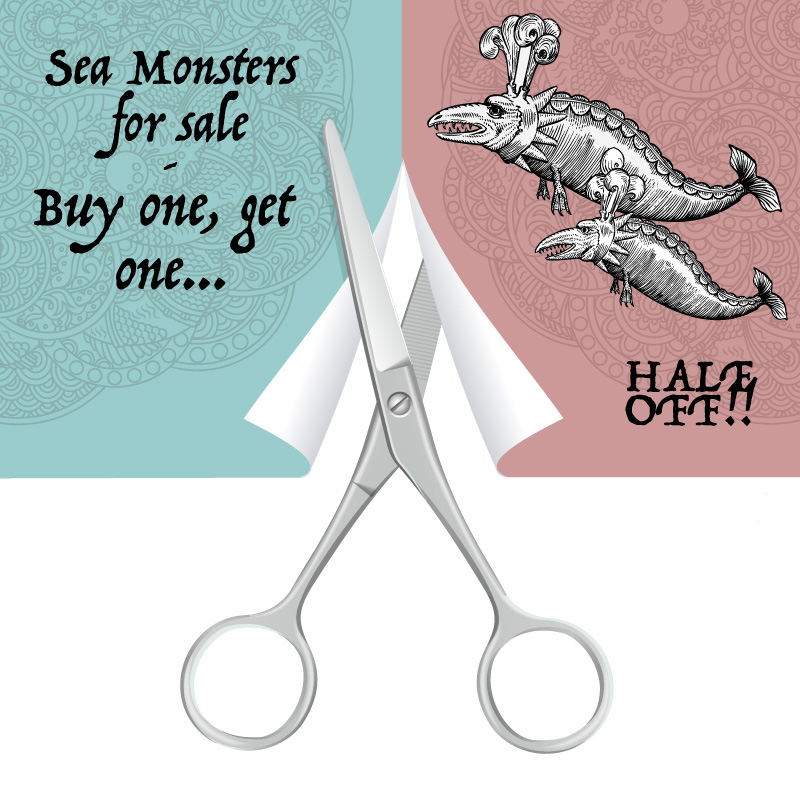 Text Should Be Used on Images: Wrong! The ads with no text overlaying the image performed consistently better, offering a 6-7% decrease in CPC. One reason for this may be that ads with text overlay look more like ads than anything else, and we humans have a tenancy to skip over any ads we encounter. The more your ad looks like it belongs in the newsfeed, the better it will perform. Text is not necessary to convey creativity and pertinence. Some of the most cost effective image ads displayed text in a simple form, such as “Free,” or “Half Off.”

Again, though costs per click and impression may be lower, you might have a higher cost per conversion or acquisition. Which really matters in terms of your business?

People are More Effective than Products: The Facebook advertising guidelines will inform you that It’s better to have images of people using your product rather than images of just your product alone. Once again, they don’t think the ad should look out of place when it’s on the newsfeed. In this experiment, four of the ads showed just the product, while four featured happy-looking people using that product. Interestingly enough, the results were too close to declare a winner. Both groups averaged nearly the same CPC. The object images slightly edged out the people images, but there was such a slight margin that it would be impossible to declare a winner. This myth cannot be concluded either way.

**Happy Women Vs Grumpy Men:**The common myth is that a woman who is smiling and obviously happy will beat out an image of anything else, including men with facial emotions of any type. The test concluded that this was a legitimate claim. After running the test ads, it was discovered that the smiling woman performed much better than an unhappy or frustrated man (or even a smiling man). The images featuring happy women averaged 6% less CPC, so this myth is legitimate?

While it is very interesting and makes sense, the CPC cost is again only a piece of the pie that must be analyzed in busting this myth.

**Logo vs. no Logo:**This myth declares that if marketers use a logo in their ads, they will experience less clicks. The thinking here is that a logo will make the ad appear less like something that belongs in the newsfeed or sidebar, once again looking more like an ad than anything else.

In the test ads, half of them had logos and half of them did not. The background remained the same, however, in order to draw attention to the logos. The myth was pretty much confirmed, as the set of ads with no logos outperformed those with a logo. This is not proof-positive that a small logo would be extremely detrimental to your ad. The small logos had an 8% lower CPC than those with large logos, but those with no logos at all still performed better than those with a logo displayed.

Once again, the reason for the higher CPC on ads with logos is most likely because the large logo makes the ad look like an ad. The smaller logos were discrete enough to not deter consumers from clicking. They also allowed the images behind the logo to stand out more, rather than having a “blocking” effect, while the large logo covered up too much information.

This myth turns out to be quite controversial because while a user may be duped into clicking an ad for it not looking like an ad, they may bounce faster after ending up on a website they did not intend to end up on. Thus, we must again analyze post click metrics to determine the validity.

**Extreme Simplicity:**The last myth states that an ad that is very simple performs better than a complex ad; one that is “busy.” This is an interesting study, as the simple ads may be better for those who are hurrying through their newsfeed, but the complex ads stand out more, making them more noticeable.

The complex ads offer more information, yet the simple ads are much easier to digest in a short period of time. It is eye-catching vs. simplicity.

It was discovered that the complex ad images ended up with a CPC about the same as the simple ad images. There was no real difference to confirm this myth either way, so it remains inconclusive.

As interesting as all of the facts above may be, they are not necessarily accurate, as far as “success” goes. The outcome of these examples is based only on CPC and CPI. In order to make a valid determination of true ad effectiveness, the decision must be based on conversion rates and attribution modeling, which is exactly what Genius Monkey examines to determine success. In other words, as the old adage states, “The proof is in the pudding!”

The study you just read about indicated that some myths are accurate, and some are not. From a 30-thousand-foot view, it appears to negate everything we thought we knew about banner ads. But does it really? Without conversion attribution, what do we really know?" We aren’t getting the entire picture.

If you are optimizing on CPC alone, then of course this study that was done shows amazing concepts. But what about the conversion costs? From what we have learned in our own series of tests, Facebook is usually correct regarding their suggestions, but not always!

At Genius Monkey, our research has proven the importance of reviewing attribution and the manner in which we measure the impact of display ads beyond direct click-throughs. It’s imperative to discover how many of those that clicked on the ad actually made a purchase. And did the ad impact the on-site purchase later via the marketer’s website?

In addition, no matter how effective your ad may be, it is all for naught if there is no tracking to make this determination. This is where Genius Monkey’s newest tool in our toolshed comes into play; it’s called the Genius Monkey Conversion Attribution Tracking. This allows us to optimize your campaign to get more conversions and a lower cost per click or cost per view. We build this feature right into your programmatic ad campaign. This allows you to track your results all the way from the impression, to the click, to the conversion!